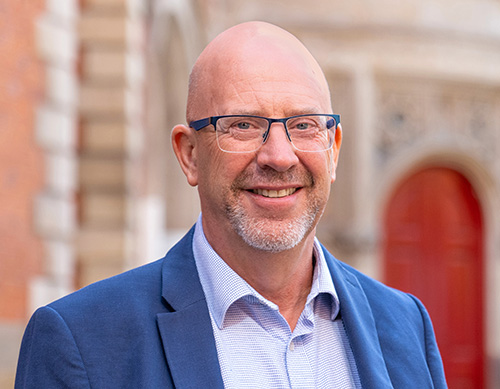 Simon qualified as a Solicitor in 1988 having initially trained and practised in London. Within a year of moving to Nottingham, he became a partner in what is now one of the leading criminal law practices in the country.

In 1992, he set up the Family Law Department of his practice and by 1999 was practising exclusively in this area of law.

In 2005, he and three of FLG’s Directors formed Nottingham Family Law (as it was then known) and over the next 10 years the organisation expanded into what is now Family Law Group with a number of offices across the region.

Simon is a longstanding member of the Law Society’s Children Panel and Advanced Family Law Panel. He is also a Collaborative Lawyer and practising Mediator. During his time as a criminal lawyer he also obtained Higher Rights accreditation.

Simon has been involved in a number of notable and reported cases, which have included representing parents and children in cases involving alleged serious non-accidental injury such as shaken baby syndrome, factitious illness and baby fatalities. He has been involved in many cases where children have either remained or have been successfully returned to their parents’ care.

In both his mediation and matrimonial finance practice, his experience has included cases involving multi-million pound assets, such as pensions, farms and international companies, and he has also gained a reputation for handling high conflict cases.

These days Simon’s practice extends throughout the region and focuses on the more complex Children and Matrimonial Finance work.

Simon has made a number of radio and TV appearances and appears regularly in the local press.

When not practicing or thinking about Family Law, Simon’s time is occupied by his children and playing a variety of sports. Amongst his achievements, Simon has completed the Three Peaks Challenge, the London Marathon and is currently training for a long distance charity cycling event in the New Year.

In his roles as Managing Director, Solicitor and Mediator, Simon firmly believes that having an ability to think clearly under pressure, be tenacious and achieve the right outcomes for clients are all necessary qualities required to succeed in the practice of Family Law.

"I have known Simon for many years and his attention to detail and desire to ensure that clients' interests are fully represented before the court make him an outstanding solicitor. When instructing his firm, I have found his support staff, helpful, well organised and knowledgeable. I would have no hesitation in therefore recommending Simon's services to anyone needing family law advice."

“I have instructed Simon on many occasions over many years because of his depth of knowledge, robust presentation in court, helpful, insightful and succinct advice in law and practice. He has consistently shown an ability to provide a speedy response to questions, advice and assistance.”

"Simon and your team, thank you so much for all your support during a difficult 17 months. You are all very professional, prompt, organised and above all caring and understanding. You are all a credit to 'family law' and really make clients feel secure with your representation. I will be highly recommending you."