Transfer of Public Law Proceedings to Other Jurisdictions

Council Regulation (EC) No 2201/2003 commonly referred to as Brussels II Revised or ‘BIIR’. BIIR has been used to transfer Public Law Proceedings concerning children to other jurisdictions within the European Union.

The general rule under Article 8(1) of BIIR is that jurisdiction lies with the courts of the Member State in which the child is habitually resident at the time the court is seized. However, Article 15 of BIIR permits a transfer of proceedings to courts of other Member States. The request for transfer may come from a party, the original court or a court of another Member State to which the child has a particular connection. It is important to point out from the outset that the applicability of Article 15 to Public Law Care Proceedings is currently the subject of a pending reference to the Court of Justice of the European Union in a case from Ireland. In the case of Re N (2016), the Supreme Court proceeded on the assumption that Article 15 is capable of applying to such proceedings.

When must jurisdiction be considered?

In the case of Re J (A child: Brussels II Revised: Article 15: Practice and Procedure) (2014), Mrs Justice Pauffley confirmed that, which was made clear in Re E, that in every care case with a European dimension a Judge must consider whether to exercise her powers under Article 15 to request that the court of another Member State assume jurisdiction in relation to a child, in circumstances where the Article 15 criteria are met. The judgment also reiterates the previously established principle that the jurisdiction issue must be dealt with at the earliest possible opportunity. Under the revised Public Law Outline, the court is obliged to consider jurisdiction in a case with an international element within one day of the issue of Public Law Proceedings.

The criteria giving rise to a potential Article 15 transfer

The Judge, in considering the issue of a potential Article 15 transfer, will need to answer three material questions in order to establish whether the transfer should be requested as set out by Munby J as he then was in AB v JLB (Brussels II Revised: Article 15 [2009] and as confirmed in Re M (A child) [2014]:-

(2) Will the court of the other Member State 'be better placed to hear the case (or a specific part of the case)'. Munby J said that this involves an exercise in evaluation, to be undertaken in the light of all the circumstances of the particular case.

(3) Would it be in the ‘child's best interests’ to transfer the proceedings. The ‘best interests' inquiry is limited to the issue of forum based on previous authorities. The relevant question is whether it is in the child's best interests for the case to be determined in another jurisdiction. It can be submitted that this is a question that is quite different from the substantive question in the proceedings. However, in the case of Re N (Children) [2016] UKSC 15, the Supreme Court took a different view.  As Lady Hale commented in para 44 of that judgment:

The Supreme Court was concerned with the correct approach to these requests. In particular, how should the court decide whether a transfer is in the child’s best interests? The High Court Judge had taken the view that, if the Hungarian court in this case was better placed to hear the matter, then it was almost inevitable that it would be in the child’s best interests for the case to be transferred to Hungary. He did this because he was following a line of cases that, when considering best interests, the court should only look at the child’s interests in relation to the decision making process, not the child’s welfare as a whole. This has been referred to as an ‘attenuated’ best-interest test.

If the three questions above have been answered in the affirmative, the court may request that the other Member States assume jurisdiction (Article 15 (1)(b)). This is discretionary, but as recognised by the President in Re M, it is difficult to envisage a situation whereby all three questions have been answered affirmatively and the request is not then made. In this case, the President, Sir James Munby observed that ‘…the judicial and social care arrangements in Member States are to be treated by the courts in England and Wales as being equally competent’.

If the other Member State does not assume jurisdiction within six weeks of its seizure, or declines jurisdiction, or if the parties do not introduce the request within the time limit specified, the court first seized will continue to exercise jurisdiction as before (Article 15 (5)). 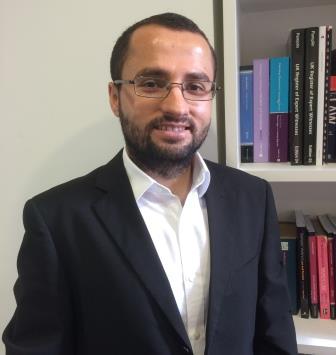