An Unusual Rise in Pre-Nuptial Agreements

Parents with financial stakes in the purchase of homes for newly married children are behind a rise in pre-nuptial agreements, claims a leading family law expert.

Simon Leach, of Family Law Group said the agreements, which protect assets that couples have prior to marriage, were increasingly being used as parents help their adult children get a foot on the property ladder.

“The idea of parents giving their children say £60,000 to help buy a home and then risk losing half of it to their child’s partner if the marriage fails is too big a gamble for many, and that is why pre-nuptial agreements are seen as a sensible step for some,” he said.

Mr Leach said prenups, as they are commonly known, have long been used by rich and famous couples to protect their wealth if they divorce, but the number of couples asking for such agreements has quadrupled since the courts first gave legal strength to such arrangements six years ago.

“It appears that the majority of the prenups we deal with are suggested by parents who are gifting money to a child or planning to do so in the future by inheritance. In some cases parents with a lot of equity have even remortgaged their own homes to help their children, so they don’t want to risk possible financial losses in the future,” he commented.

Judges will not always follow the terms of a prenup when they rule over entitlement in a disputed divorce settlement, but since a Supreme Court ruling six years ago, which allowed the divorce of German heiress Katrin Radmacher to be dictated by her prenup, the agreements have carried substantial legal weight.  However, prenups are private agreements with no official status, and therefore numbers are not officially recorded.
In the UK, the typical age for marriage is now over 30, with the difficulty of affording a home seen as a major factor in this increase.

Mr Leach said critics argue that prenups are unromantic and can sow possible seeds of failure from the start of the marriage, and they can also be seen as unfair to the less well-off partner.

“It is a difficult area and can involve many awkward conversations, but couples should view it as a form of marriage insurance to protect both parties in the future should the worst happen,” he said.

Simon concluded, “With the cost of property increasing and marriage failure always a significant risk, we can only expect this to be a trend that continues.” 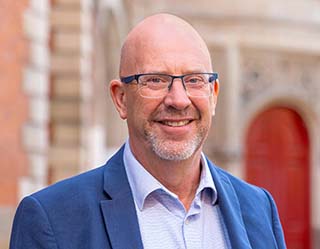